Please note: This mask policy may be updated based on changes in county, state, and federal guidelines.
Dear Valentine Theatre Fan,

Finally, our long intermission has ended with the opening of our 2021-2022 season! Broadway subscription, Pick 4, and Children's series sales are taking place now! Call our box office at 419.242.2787 Monday - Friday 10 am to 5 pm. Online tickets are available now! Thank you for your support and patronage. 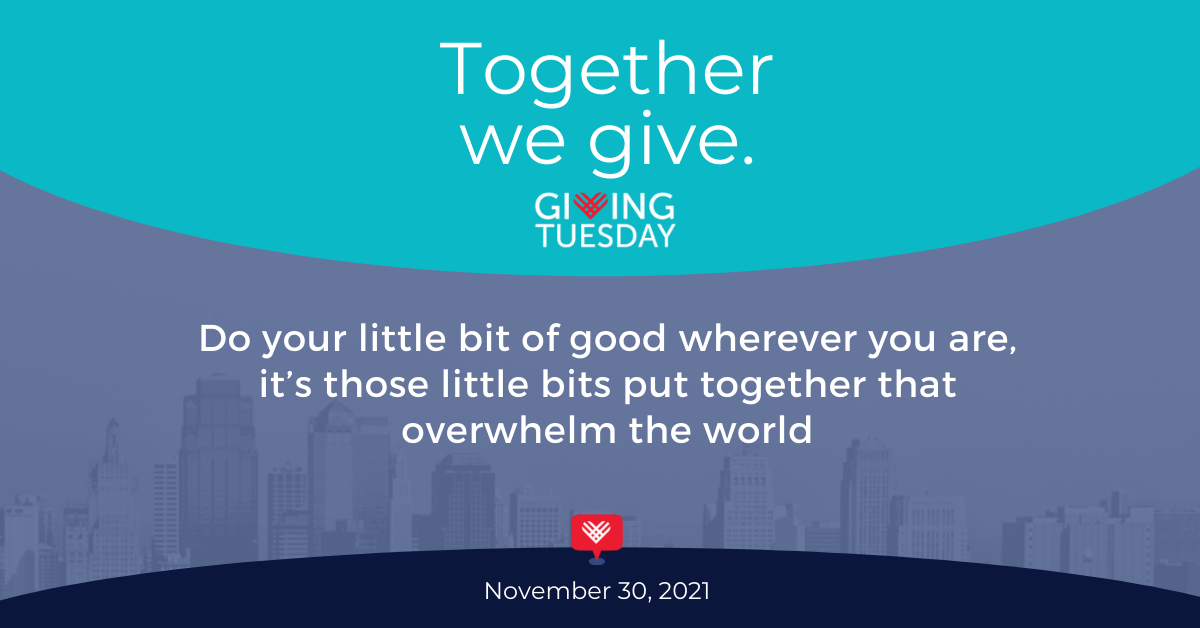 Celebrate the holidays “sixties style” with The Midtown Men – stars from the cast of Broadway’s original Jersey Boys – Enjoy a thrilling holiday performance featuring yuletide classics such as “Winter Wonderland,” “Let It Snow,” and “Have Yourself a Merry Little Christmas,” as well as their signature renditions of the greatest rock and roll hits of the 1960s. This sensational production reunites Four Stars from the Original Cast of Broadway’s Jersey Boys. Love transcends the harsh realities of war and prejudice in this sweeping Pulitzer Prize-winning tale centered around two unlikely love affairs. Set on a tropical island during World War II, this timeless Rodgers & Hammerstein classic features some of the most beautiful music ever composed, woven into an inspiring story cherished the world over. Winner of ten Tony Awards, the beloved score’s songs include “Some Enchanted Evening,” “I’m Gonna Wash That Man Right Outa My Hair,” and “There is Nothin’ Like a Dame”! Beautiful – The Carole King Musical, a Tony and Grammy winner, tells the Award-winning, inspiring true story of King’s remarkable rise to stardom, from being part of a hit songwriting team with her husband Gerry Goffin, to her relationship with fellow writers and best friends Cynthia Weil and Barry Mann, to becoming one of the most successful solo acts in popular music history. Along the way, she made more than beautiful music, she wrote the soundtrack to a generation. They were just four guys from Jersey, until they sang their very first note. They had a sound nobody had ever heard… and the radio just couldn’t get enough. But while their harmonies were perfect on stage, off stage it was a very different story — a story that has made them an international sensation all over again. Go behind the music and inside the lives of Frankie Valli and The Four Seasons in the Tony and Grammy Award-winning true-life musical phenomenon, Jersey Boys. From the streets of New Jersey to the Rock and Roll Hall of Fame, Jersey Boys the musical that’s just too good to be true — but it is! The Choir of Man

Known across the globe as “the ultimate-feel good show,” THE CHOIR OF MAN offers up one hour of indisputable joy for all ages! It’s a party. It’s a concert. It’s the best pub “lock-in” you’ve ever been to. Featuring pop, classic rock, folk, Broadway and pub tunes, THE CHOIR OF MAN has something for everyone. A multi-talented cast of nine handsome guys combines hair-raising harmonies, foot-stomping singalongs, world-class tap dance and poetic meditations on the power of community in this riotously enjoyable homage to that gathering place we’ve all missed so much over the last year: your local pub. With a real working bar on stage, come ready to drink in the action. The first round’s on us. Cheers! PLAYING TO SOLD OUT HOUSES all over the world, the Olivier Award nominated Potted Potter – The Unauthorized Harry Experience – A Parody by Dan and Jeff takes on the ultimate challenge of condensing all seven Harry Potter books (and a real life game of Quidditch) into seventy hilarious minutes. Even if you don’t know the difference between a horcrux and a Hufflepuff, Potted Potter will make you roar with laughter. Created by two-time Olivier Award-nominated actors Daniel Clarkson and Jefferson Turner, Potted Potter is perfect for ages six to Dumbledore (who is very old indeed). On Sunday night, Feb 9, 1964, close to 50% of US television viewers tuned in to the #1 variety show of the era, The Ed Sullivan Show, to see the American debut of a British group called The Beatles. Within a week, British music dominated the charts and the airwaves — The Rolling Stones, Dave Clark 5, The Animals, Hollies, Manfred Mann, Dusty Springfield, The Searchers, Gerry & The Pacemakers, The Zombies, Freddie & The Dreamers, Herman’s Hermits, The Kinks, and dozens more. It was a golden age of pop music that changed the world and inspired a generation. Ten Tenors Love is in the Air Tour!

The Ten Tenors are 10 of Australia’s hottest tenors performing for sold-out audiences around the world. The Ten Tenors unique approach to opera brings pop and classical music together, for a sound that is gloriously their own! The Ten Tenors will fill the room with love and happiness! Black Violin is led by classically trained string players Wil B (viola) and Kev Marcus (violin). Joining them onstage are DJ SPS and drummer Nat Stokes. The band uses their unique blend of classical and hip-hop music, often described as “classical boom,” to overcome stereotypes and encourage people of all ages, races, and economic backgrounds to join together to break down cultural barriers through music. The group has collaborated creatively with artists such as Kanye West, Aerosmith, Tom Petty, Wu-Tang Clan, Wyclef Jean and Alicia Keys. Based on the original Hans Christian Anderson story, Sirenetta a young mermaid saves a sea captain from drowning and falls in love with him. She gives up her life as a mermaid to be with her love, but she loses her ability to speak. The sea captain reveals he is a prince, but he explains to Sirenetta he cannot marry her as he has to marry a princess that can speak to become Queen. The loving story of the friendship between a pig named Wilbur and a little gray spider named Charlotte comes to life. Join us at our Barnyard Picnic, preceding the show, for an extra charge. Turn the poutiest of frowns upside down in this new musical featuring whimsical puppets and live performers in a sweeping oceanic adventure. When Mr. Fish sets out on a quest to find Miss Clam’s missing pearl, he discovers there is more to him than his permanently plastered pout.

This colorful adaptation of The New York Timesbestseller is co-conceived, directed, and designed by the acclaimed puppeteers of AchesonWalsh Studios, whose work was featured in Broadway's The King And I, On the Town, and Radio City's New York Spectacular. Writing team includes New Victory LabWorks Residency recipients Christopher Anselmo, Jared Corak, Matt Acheson, and Fergus Walsh. Experience the friendships, romances and adventures of a group of high school kids in the 1950s. Welcome to the singing and dancing world of "Grease," the most successful movie musical of all time. A wholesome exchange student (Olivia Newton-John) and a leather-clad Danny (John Travolta) have a summer romance, but will it cross clique lines? 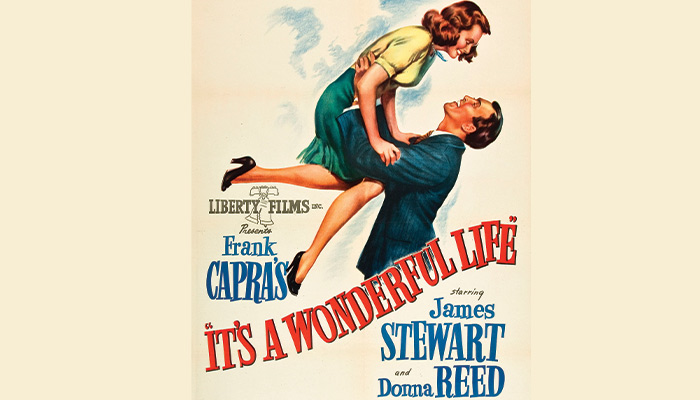 It's a Wonderful Life

George Bailey has so many problems he is thinking about ending it all - and it's Christmas! As the angels discuss George, we see his life in flashback. As George is about to jump from a bridge, he ends up rescuing his guardian angel, Clarence - who then shows George what his town would have looked like if it hadn't been for all his good deeds over the years. Joe is a middle-school band teacher whose life hasn't quite gone the way he expected. His true passion is jazz -- and he's good. But when he travels to another realm to help someone find their passion, he soon discovers what it means to have soul. Vanessa Williams -
Vanessa Williams is one of the most respected and multi-faceted performers in the entertainment industry today. Having sold millions of records worldwide, Vanessa has also achieved numerous #1 and Top 10 hits on various Billboard Album and Singles charts: Pop, Dance, R&B, Adult Contemporary, Holiday, Latin, Gospel and Jazz. Her critically acclaimed work in film, television, recordings and the Broadway stage has been recognized by every major industry award affiliate including 4 Emmy nominations, 11 Grammy nominations, a Tony nomination, 3 SAG award nominations, 7 NAACP Image Awards and 3 Satellite Awards. Her platinum single “Colors of the Wind,” from Disney’s Pocahontas, won the Oscar, Grammy and Golden Globe for Best Original Song. A graduate of Syracuse University, Vanessa is a strong advocate for equal rights, especially concerning the LGBTQ+ community and minorities. She was honored with the Human Rights Campaign “Ally for Equality” Award for her humanitarian contributions. Vanessa also achieved a career pinnacle with a star on the Hollywood Walk of Fame in 2007. Vanessa’s autobiography, “You Have No Idea,” co-written with her mother Helen Williams, was a New York Times Best Seller in 2012. Her recent Broadway credits include co-starring with Cicely Tyson in The Trip to Bountiful, (the #1 play of the 2013 season), After Midnight (2014), and a special limited engagement in Hey, Look Me Over at New York City Center in 2018. Vanessa was recently in previews for Josie Rourke’s in London’s West End, when production was suddenly forced to pause due to COVID 19. Vanessa is the mother of four – Melanie, Jillian, Devin and Sasha. Her charitable endeavors are many and varied, embracing and supporting such organizations as Concerts for America, Special Olympics and several others as well as the Elizabeth Taylor Aids Foundation.

Seth Rudetsky -
Seth Rudetsky is the afternoon host on Sirius/ XM Satellite Radio’s ON BROADWAY as well as the host of SETH SPEAKS on Sirius/XM Stars. Seth writes a column on Playbill.com and travels the country doing his one-man show Deconstructing Broadway.

TOLEDO SCHOOL FOR THE ARTS
KALEIDOSCOPE